InnoEnergy: From Ocean Energy With Buoys to Drones For Wind Turbines

The startups supported by InnoEnergy, Europe’s largest energy-related business accelerator, have so far created 1,741 jobs and brought energy access to 56,000 people in developing countries. As the company’s representatives noted at recent conference alongside The Business Booster (TBB) event in Copenhagen, InnoEnergy´s assets will generate 1,147 GWh of power from clean energy sources, save EUR 809.5 million in energy costs, and reduce carbon emissions by a total of 5.5 million tonnes over 25 years, which is equivalent to removing 47,000 cars from the European roads. 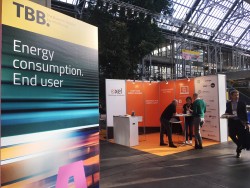 Innovation is more than just technology, as it also refers to regulations and fortunately, European regulators are already a lot more open to change, necessitated by the transition to a sustainable energy future, said the CEO of InnoEnergy, Diego Pavia, at the TBB press conference. He mentioned the Clean Air Challenge report, published recently by InnoEnergy and Deloitte Poland, which states that the average value of the external costs of smog between 2018-2025 is EUR 475 billion, which is on average 2.9% of the forecasted annual GDP in that period

Pavia stressed that due to this, the transition to a more sustainable future must include all possible stakeholders, from business players to end consumers. Elena Bou, InnoEnergy’s Innovation Director, added that this means that startups which are selected by InnoEnergy must also bring added value in the field of changing the world for the better. 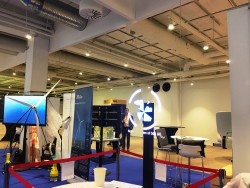 “The challenges that await us are global in nature and so we are trying to find global solutions,” said Bou, adding that InnoEnergy is generally working on encouraging the entire ecosystem, in which it is operating, to actively participate in the process. “Our 200 startups have brought innovative technologies to life that are meeting the energy challenges of our changing society. Whether it is by reducing greenhouse emissions or creating jobs, these companies are creating a noticeable impact on the way Europe thinks about, develops, and uses sustainable energy,” she said, adding that for this reason, InnoEnergy also provides the startups with “smart money” and not simply “investment for investment’s sake”. 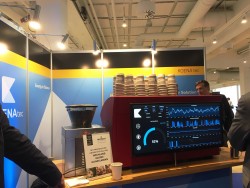 As Diego Pavia said at the opening of the TBB conference, there are already three potential unicorns in InnoEnergy’s energy startup portfolio (MORE). One of InnoEnergy’s most recent startup success stories is the Swedish wave power technology company CorPower Ocean, which has developed and tested a technology to turn waves into electricity with the aid of buoys. Energetika.NET readers may recall that Pavia already expressed his support for ocean energy three years ago (MORE).

“Wave power is one of the greatest source of energy in the world, while at the same time – unlike wind power – it is available at all times,” said the CEO of CorPower, Patrik Möller, adding that the promising business model of this technology is also supported by – physics. The startup is planning to build its first pilot arrays from 2021 to 2023 and pre-commercial farms from 2023. 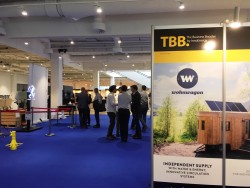 Meanwhile, the InnoEnergy startup Pro-Drone is attempting to reduce the costs for onshore wind turbine services by about EUR 1,000 per inspection – and succeeding, according to its founder and CEO, André Moura. As he explained at the press conference, Pro-Drone has already carried out over 2,300 blade inspections in Europe and South America in its first year of commercial operation. It has so far managed to attract more than 15 clients, which already have their own ambitious plans for growth in the next year. The startup also prides itself on developing automatic fault recognition for the turbines.